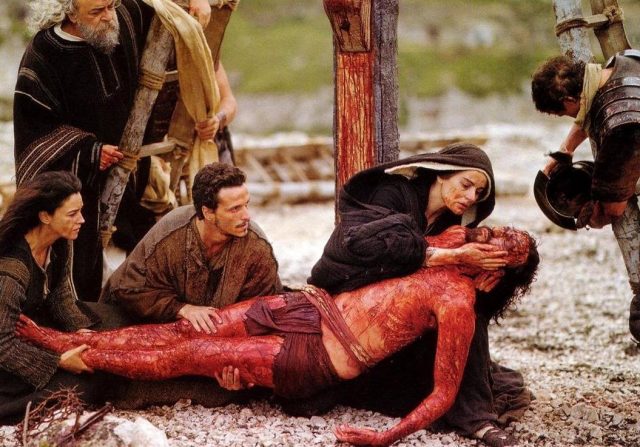 Hollywood actor, Jim Caviezel, who played Jesus in The Passion of the Christ, will play St. Luke in a new Christian film about the apostle St. Paul.

Paul, Apostle of Christ is slated to be released from AFFIRM Films, a division of Sony, and ODB Films, in 2018. It began shooting in Malta recently, Variety reported.

The “inspirational drama” will tell the story of St. Paul, who went “from the most infamous persecutor[s] of Christians to Christ’s most influential apostle,” according to the the producers’ description.

It will take place primarily during Paul’s last days, when he was imprisoned and about to be executed. James Faulkner of Downton Abbey and Game of Thrones will play Paul.

Before he was called Paul, he was Saul and was breathed “murderous threats” against the disciples of Jesus, according to the Bible (Acts 9:1).

His conversion story is told three times in the Bible, “with some differences of detail owing to Luke’s use of different sources,” the U.S. Conference of Catholic Bishops (USCCB) explains in the footnotes of its online translation of the Bible. But in each account, the words of Jesus remain the same.

Christ’s words, “Saul, Saul, why are you persecuting me?” are “related by Luke with no variation in all three accounts [and] exerted a profound and lasting influence on the thought of Paul,” the USCCB noted.

Chapter 9 of the Acts of the Apostles recounts how Paul (then Saul) was on his way to Damascus and planning to bring any Christians he met “back to Jerusalem in chains.”

“A light from the sky suddenly flashed around him” and Paul heard Jesus ask him why he was persecuting him. Paul’s companions “heard the voice but could see no one.” Upon his arrival in Damascus, God revealed that Paul was a “chosen instrument of mine to carry my name before Gentiles, kings, and Israelites.”

He also said he would show Paul “what he will have to suffer for my name.” Paul was baptized and began preaching about Jesus in synagogues, to the astonishment of everyone who’d known him before as a man eager to persecute Christians.

While Paul is in prison, “Mamertine Prison’s ambitious prefect,” Mauritius, “seeks to understand how this broken old man can pose such a threat,” according to the film’s producers. “As Paul’s days grow shorter, he feverishly works from prison to further the Gospel of Jesus Christ, and embolden his followers to stand strong in their faith against Roman persecution far greater than has ever been seen.”

“Next to Jesus, no one played a more central role in the growth of early church than the Apostle Paul,” said AFFIRM Films executive vice president Rich Peluso.

“He wrote a vast swath of the New Testament and traveled more than 10,000 miles by foot to preach the Gospel of Jesus Christ. This gripping film dives deep into the final months before Paul’s execution under Nero as he reconciles his faith with his past persecution of the church.”

Jim Caviezel is also working on a sequel to The Passion of the Christ with Mel Gibson. It will tell the story of the Resurrection.

“There is a purpose in my life again,” he said of his work on the sequel.

The PAssion of the Christ actor is a devout Catholic who has called abortion “the greatest moral defect of the western world.”