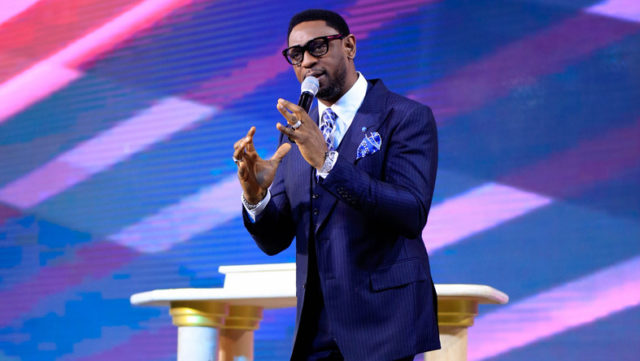 In response to the reaction of the public on the visit  and support of CAN’s FCT Chairman, the Christian Association of Nigeria (CAN) has denied accusations from the public that it supports Pastor Biodun Fatoyinbo, the Commonwealth of Zion Assembly (COZA) senior pastor who’s been accused of rape.

Biodun was allegedly accused of rape by a celebrity photograph and wife of a popular musician, Timi Dakolo when she was a teenager. This accusation is what led Fatoyinbo to official step down from the pulpit till the situation is resolved.

However, many were displeased to see two CAN representatives address COZA’s congregation on Sunday, July 14, 2019 to offer backing to Fatoyinbo and his church. In his statement, Samson Jonah, CAN’s Federal Capital Territory (FCT) chairman,  stated;

As Nigeria’s foremost Christian organisation, many also called on CAN to investigate and sanction the accused, but the association said it couldn’t do so, especially since COZA is not its member.

In response to the reaction of the public, CAN has disclosed that it did not sanction the solidarity visit, according to a statement signed by the organisation’s national director of legal and public affairs, Kwamkur Samuel Vondip.

“This message is to categorically inform the Christian leaders, the general public and all lovers of truth that CAN or the President of CAN did not approve and knows nothing about such a solidarity visit.

“Those who did so did it on their own. We stand by our earlier release on this issue that while we would never support any act of immorality from whatever quarter, we would not jump into passing judgement without investigation of the matter,” the statement read.

He also stated that the CAN president, Dr Samson Ayokunle, is in communication with the president of the Pentecostal Fellowship of Nigeria (PFN), Dr Felix Omobude, who’s ordered an investigation into the allegation. He said the outcome of the investigation will be known in less than two weeks.

Finally, the Christian Association of Nigeria urged its members to be cautious and implied it might take disciplinary action against Jonah and its North Central chairman, Israel Akanji, the two representatives who publicly backed Fatoyinbo on Sunday.