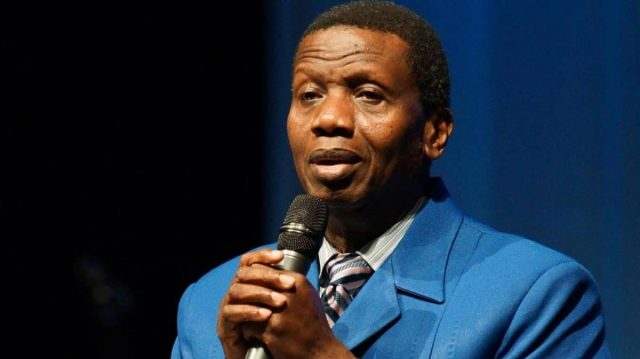 In the wake of what has now become almost nationwide reaction to police brutality especially from the SARS (Special Anti-Robbery Squad), General overseers and Ministers of the Gospel had began lending their voices too.

Pastor E.A Adeboye, the General Overseer of Redeemed Christian Church of God (RCCG), took to his social media handle recently and lend his support for the #Endsars move, he noted;

“Our daughters will not be able to prophesy and young men will not see visions if we don’t keep them alive. I support the youths in this peaceful protest as they “speak up” to
#EndPoliceBrutality
#EndSARS
#ENDSWAT

The Senor Pastor of Daystar Christian Centre, Pastor Sam Adeyemi also support the move expressing his views on the brutalities of the SARS operatives submitted;

1.Rarely does a generation have the opportunity to lead change as the one handed the youths of Nigeria right now through #SARSMUSTEND. It cuts across the fault lines that divide Nigeria.

Many more ministers have also been reacting to this protest and commended the youth ofr demanding good governance and seeking an end of police brutality as well.