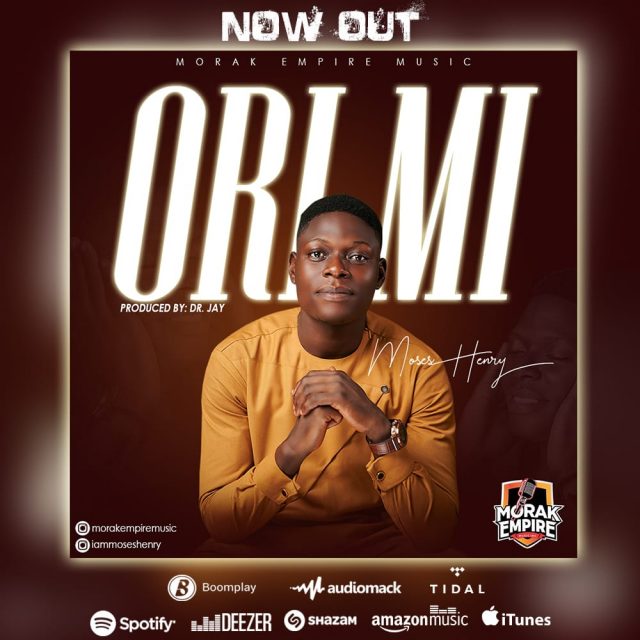 Evolutionary and Energetic gospel singer, Moses Henry releases a new hit single titled Ori Mi. Ori Mi is a prayer song saying our creator should lead us to our destiny helpers, also we should never be a slave to our mates.

Moses Henry is a Nigerian gospel musician born in Lagos and he is the second child of his family. He started his music career in 1997 during his primary school days, where he learned different musical instruments and also sing in the choir. He later undergoes series of music classes to have full knowledge of music.

Moses Henry obtained an HND certificate in Banking and finance at The Federal Polytechnic, Ado Ekiti.