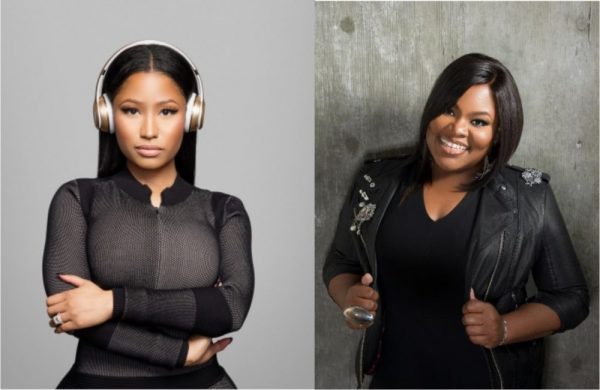 Tasha Cobbs Leonard recently released a new album “Heart. Passion. Pursuit” in which she featured rapper Nicki Minaj on the track “I’m Getting Ready“. This however has been greeted with mixed responses.

Several persons are of the opinion that a gospel minister should not be seen collaborating with a secular act while others believe that everyone is the same in the eyes of God and being a secular act does not stop Nicki Minaj from singing a gospel song.

In an interview with ESSENCE, Cobbs however remains firm on her decision describing it as an assignment given her by God, not man.

“I’ve seen the Nicki that is off the stage and that Nicki has a great relationship with God,” Cobbs Leonard said.

“My assignment with this song was for a particular audience. Some [of the listeners] have never experienced God ever and she exposed that audience in her way, to the God that she loves.”

Watch the song below: