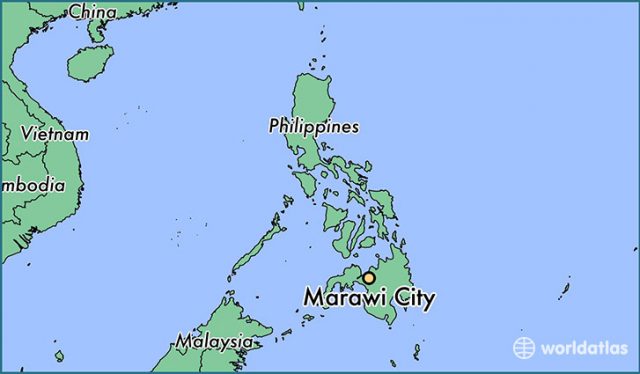 International Christian Concern (ICC) has learned that a Philippine priest abducted by ISIS-inspired militants in the conflict-torn southern city of Marawi has been rescued by the government, after almost four months in captivity.

Fr. Teresito ‘Chito’ Soganub was abducted along with other church workers on May 23, when the militant Maute group attacked Saint Mary’s Parish during the siege of Marawi, Philippines.

On May 30, he appeared in a propaganda video pleading for his life and asking the military to cease airstrikes against the militants.

According to Sydney Morning Herald, hostages who escaped or were rescued said that the militants forced them to convert to Islam, cook food, and carry wounded fighters. Some women were also forced to marry militants.

At the media briefing in Manila, Philippines, Defense Secretary Delfin Lorenzana revealed that Father Soganub was found with another hostage near the Bato mosque early Sunday, one of three sites occupied by militants and used as command centers. Government forces have been able to recapture these sites over the past few days. The other rescued hostage, Lordvin Ocopio, is a teacher at Dalasan College, a Protestant-run institution in Marawi.

In Reuters‘ report, the priest appeared to be in good health and high spirits, waving to the media and soldiers at a military camp on Monday. He asked Filipinos to pray for the other remaining hostages, estimated to be approximately 40-50 individuals, before he took off with military doctors for a medical check-up.

“The family was overjoyed to learn that he was free and safe. We have been praying for his freedom and for the other captives since they were abducted. God answered our prayers,”Father Soganub’s younger sister told UCA News. They now plan to hold a homecoming party for him.

Gina Goh, ICC’s Regional Manager, said, “We are relieved to hear about the rescue of Father Teresito Soganub, knowing that he’s been abducted for nearly four months and went through a great ordeal with dozens of other abductees. We urge the Philippine government to continue its rescue efforts for the remaining hostages in the hands of the Maute terrorists and pray that Marawi city will be restored very soon.“