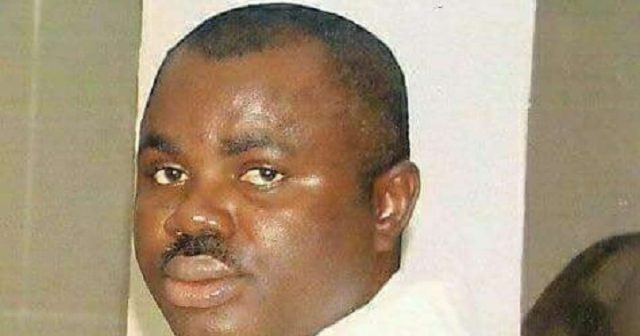 Spokesman of the Command, DSP Moses Nkombe, who confirmed the release of the Priest to journalists in Benin, said he was released unhurt and without payment of ransom, adding that the police was on the trail of the kidnappers.

Fr. Adorolo was abducted along Auchi-Okene highway at about 6 pm last Wednesday, while returning from Igarra in Akoko-Edo Local Government area of the State, where he attended the ‘Month Mind’ of the oldest Priest of the Auchi Diocese, late Fr. Lawrence Balogun, at St. John Apostolic Church, Igarra.

‎The cleric, who was driving in his Mercedes 350ML SUV, was dressed in his white Cassock and accompanied by a boy living with him when he was abducted.

Sources said Fr. Adorolo was seen at about 10 pm in a community 5 kilometers away from Auchi, the headquarters of Estako West local government area.

He was said to have told the people that he trekked for long hours from where his abductors dumped him.

Commenting on the development, a Priest in Auchi Diocese, Fr. Peter Egielewa, said they were happy that Fr. Adorolo was released unhurt and in good condition.

Meanwhile, the Managing Director of Ogba Zoo and Nature Park in Benin, Mr. Andy Ehanire, who was abducted last week Sunday is yet to be released.

Andy is a brother to the Minister of State for Health, Dr. Osagie Ehanire and a former Senator and wife of a retired army General, Mrs. Daisy Danjuma.

It would be recalled that three policemen who were on duty at the Zoo were shot dead after the kidnappers allegedly bought drinks for them.

But in spite of the abduction of the Director of the Zoo, it was observed Saturday afternoon that preparations were on to entertain fun seekers for the Independence Day celebration.

Some staff at the Zoo said work was still going on and that lots of tourists were being expected at the Zoo.