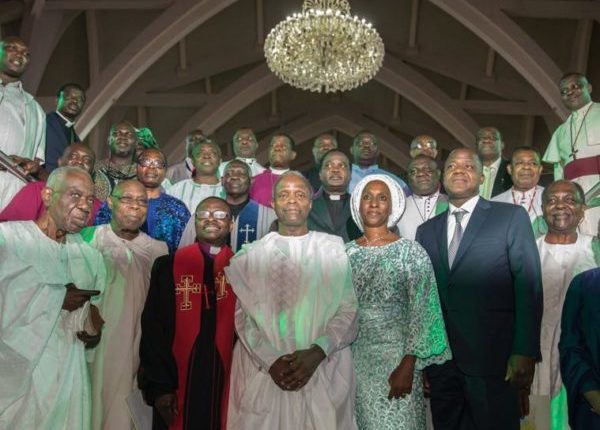 Vice President Yemi Osinbajo on Sunday declared that the country’s future would be better than its past.

Osinbajo made the declaration in his remarks at the 2017 Independence Day Interdenominational Church Service held at the National Christian Centre, Abuja.

“We will all benefit from the fruits of this nation.

Osinbajo called on Christians to live according to injunctions of God to make the country better and prosperous for everyone. He said Christians should teach others in the country how to unite, but they should start by teaching the nation how to unite with ourselves and uniting the body.

He noted that within the body of Christ, there were no denominations, no ethnicities or groups, but all were one in the Lord Jesus Christ. He said the responsibility to gather together was for all who were named after Jesus Christ.

According to the Vice President, “Our nation is at a point where Christians are called to stand up and do what it is that scripture has commanded us to do.

“Our nation is at a point where we as Christians have to rise up and teach our nation the virtues that Jesus Christ taught us: loving our neighbours, praying for even our enemies, uniting the body and uniting all at the centre.”

The Vice President recalled that Christians were described as the salt of the earth, a chosen generation and a royal priesthood.

He further said that Christ empowered and commanded Christians not to take vengeance but to go and make disciples of the nations and to love one another.

According to him, such mandate makes it imperative that God asks the Christian to account in leadership and for the destiny of the nation.

Osinbajo thanked God for preserving the lives of Nigerians as they marked their independence.