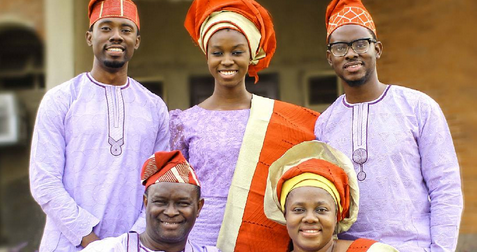 The daughter of popular gospel actor Mike Bamiloye, Gift, has condemned the collaboration of secular and gospel artists, describing it as a fallacy and misleading.

Gift Bamiloye was responding to the recent track, I’m Getting Ready, by gospel artist Tasha Cobbs Leonard in which she featured rapper, Nicki Minaj.

The daughter of the acclaimed gospel actor speaking against it described the act as misleading, reminding Christians of the purpose for which gospel songs serve.

“Gospel songs are produced for the glorification of the Kingdom of God. It is a spiritual issue, a weapon God uses to contend for the hearts and minds of men,” she said.

“And we all know that music has the ability to influence your demeanor and life in General without our permission.

“The collaboration reveals that the gospel artiste is perfectly fine with the kind of songs the secular turns out to the public. This definitely dilutes the seriousness and respect of Worship. Is that what God really wants?

“We may claim that it is a way of bringing them into the light of Christ. But at the expense of millions of people around the world?

“Thousands brought to the light of Christ through you whose faiths are not yet on a strong enough foundation but are watching you because they first felt Christ through you. What message are you passing across to them?

“I can as well have the impression: ‘my role model sees no problem singing with this artiste. There’s no problem listening to the songs made by the artistes then’

“Why are we making ourselves seem like robots that anyone including infiltrators of the church can use the name of Jesus In vain to manipulate us, spark a dispute within the body of Christ that should have no grounds and turns us against each other?

“If we want to bring a soul to the side of the Lord, let our words be used to sow the seeds of conviction and let the HolySpirit do His work. There are some lines that you don’t cross for the sake of those God has placed in your care.

“Paul already emphasized that whatever would make another to stumble should be put away.