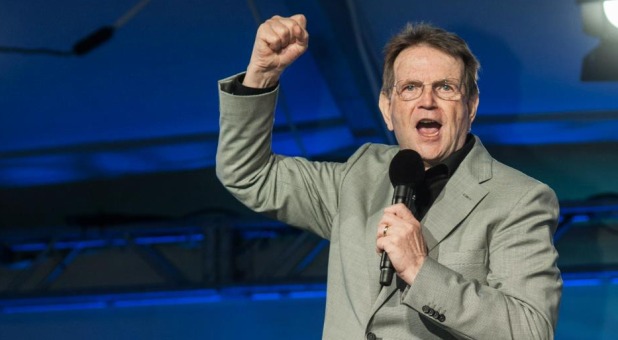 German Pentecostal Evangelist, Reinhard Bonnke, is set to return to Nigeria for a five-day crusade and a three-day multi-purpose ministers’ fire conference on what his team, Christ for All Nations (CFAN), says will rescue the country from spiritual pollution and socio-political corruption.

CFaN officials, led by its African Director, John Darku, expect more than 10 million people across Africa at the crusade billed to hold at the large expanse of land close to Sparklight Estate, diagonally opposite OPIC Plaza, Isheri Osun, Lagos/Ibadan Expressway in November.

Although the Lagos outing will be Bonnke’s farewell international crusade, CFaN will continue to carry on with its global evangelism project.

Darku said the CfaN anticipates conversion of many souls to Christ as Bonnke delivers his farewell message a crowd of worshipers in Nigeria.

“One of the highlights of the crusade will be a Passing The Burning Torch Conference for leaders and church workers. Bonnke is believing God for many thousands of pastors and evangelists from around the globe to be inspired to evangelism,” h said.